3.      Facilitate the search for missing persons and identification of remains;

5.      Introduce legislative changes in the area of the use of force against civilians, supervision of investigations, improvement in the functioning of domestic mechanisms for victims or for applicants who have won cases at the ECtHR.;

RJI has always viewed implementation of judgments won at the European Court as an integral part of its mandate to achieve individual reparations, as well as changes in how grave human rights abuses are investigated at the national level.

RJI pursues a two-pronged strategy in the area of implementation, which consists of re-litigation of cases on the domestic (mainly local and regional) level,as well as advocacy in Strasbourg and Moscow. Our litigation work has proved essential in exposing and understanding the potentially devastating legal obstacles to pursuing accountability for human rights violations in the North Caucasus, and in certain areas, has resulted in concrete progress in the course of investigations, such as in access to case materials.

The results of our domestic litigation determine the direction of our engagement with advocacy partners, including the topics on which we report to the Committee of Ministers. The project’s main international partners are international diplomats in Moscow and Strasbourg, as well as the Department for Execution of Judgments of the Council of Europe, which engages in bilateral dialogue with the Russian government on implementation.

This section of the website contains materials on implementation of ECtHR judgments from the North Caucasus within Russia, such as submissions made to the Committee of Ministers of the Council of Europe (CoM) by RJI and the Russian Government. It also provides a summary of execution of the Chechen cases and further information on implementation of judgments in general. 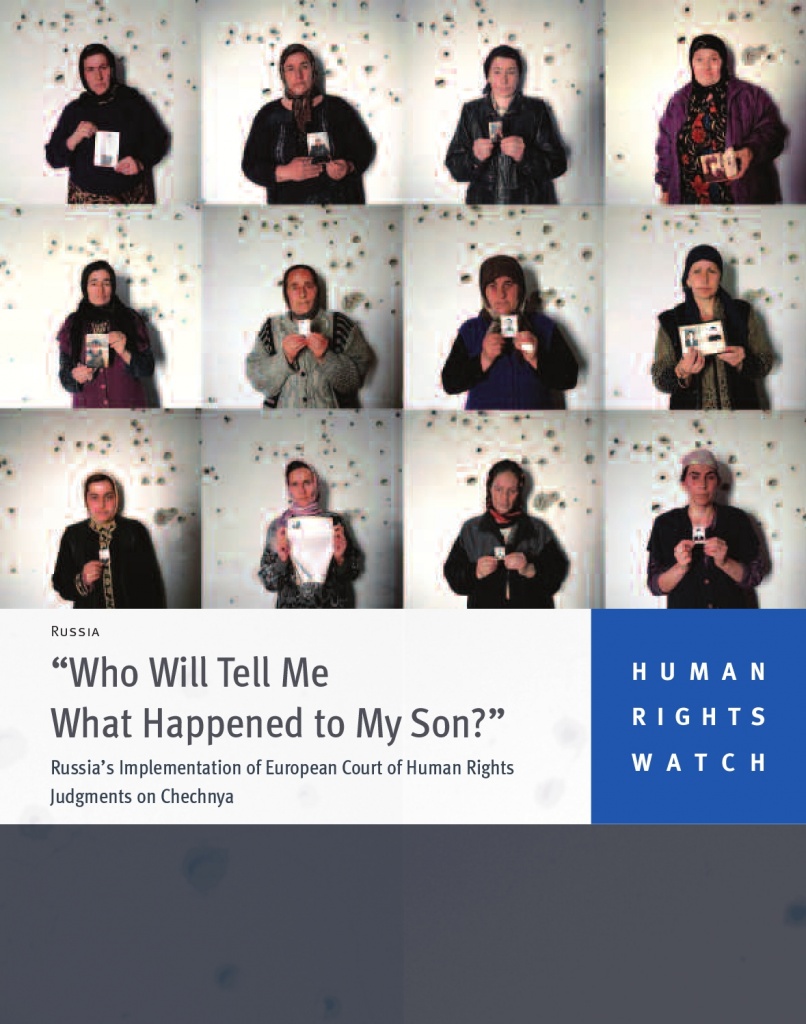 In 2009, Human Rights Watch published the report Who Will Tell Me What Happened to My Son, on which RJI was a close collaborator. The report describes the lack of progress made by Russia in implementing ECtHR decisions from Chechnya, and details some of the post-judgment developments in many of RJI’s cases, including Bazorkina, Imakayeva, Baysayeva, and Khatsiyeva and others. Human Rights Watch officially communicated this report to the Committee of Ministers in September 2009 under Rule 9 of the Rules for the Supervision of the Execution of Judgments.