In August 2008, armed conflict broke out between Russia and Georgia concerning the status of South Ossetia, a breakaway region of Georgia. The conflict has since become known as the “five-day war.”

Prior to the 2008 conflict, South Ossetia was an autonomous province of the former Soviet Republic of Georgia. It declared independence in 1990, and armed conflict with Georgia ensued in 1991-1992. The conflict culminated in 1992 in a de facto secession of South Ossetia and an agreement that established a ceasefire; a peacekeeping force with Ossetian, Georgian, and Russian peace keepers; and a framework for quadripartite negotiations involving Russia, Georgia, South Ossetia, and North Ossetia.

In the years leading up to the conflict, Russia had been granting Russian citizenship to residents of South Ossetia. This, among other factors, contributed to an increasingly tense situation between the parties. In 2007, Georgian authorities began to refuse to participate in negotiations, while Russia called for a renewal of negotiations.

In the early morning of August 8, 2008, Georgia declared that it intended to restore constitutional order and proceeded to launch a large-scale military offensive in South Ossetia. Russia sent additional troops to the area, claiming they were reinforcements to Russian peacekeepers under the 1992 agreement. The ensuing military conflict caused disproportionate suffering among the civilian population. Indiscriminate shelling by Georgian and Russian military forces killed and injured civilians and left many homeless. Russian-backed Ossetian militias attacked, abducted and killed ethnic Georgian civilians and looted and burned Georgian villages. Russian and Georgian cluster munitions attacks killed and injured civilians and unexploded cluster sub-munitions continued to threaten the civil population after the ceasefire. Tens of thousands of people were displaced by the conflict. 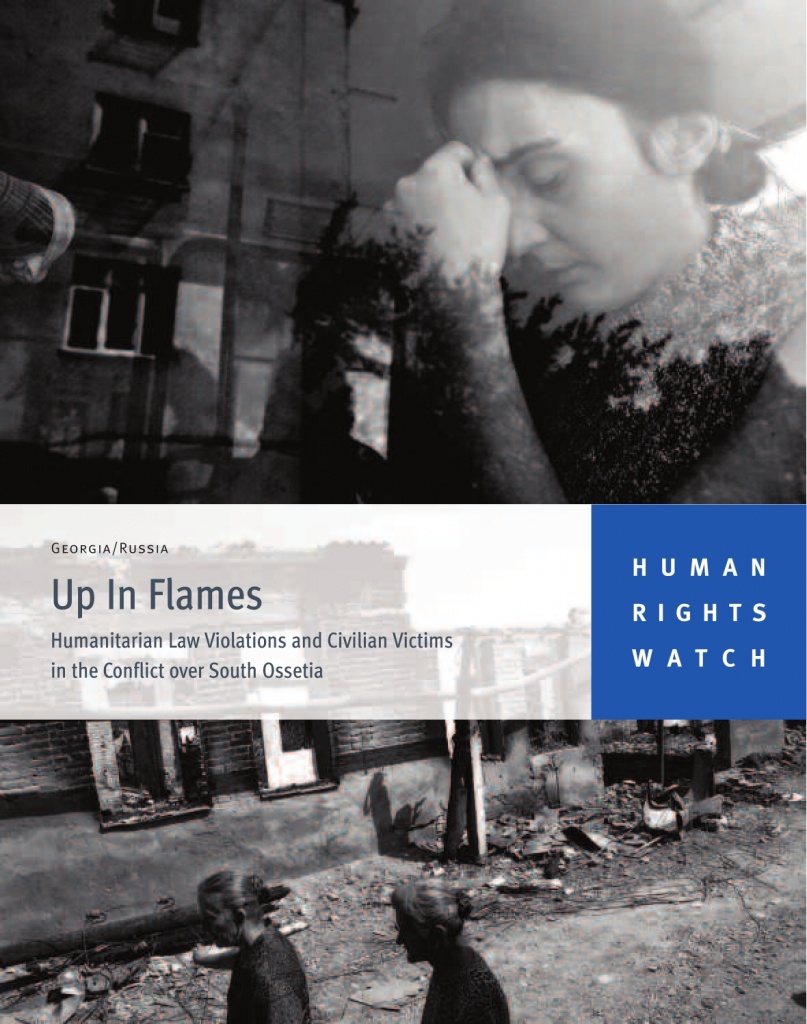 The Human Rights Watch Report Up In Flames: Humanitarian Law Violations and Civilian Victims in the Conflict over South Ossetia found that both Russian and Georgian forces, as well as South Ossetian militias, committed grave violations of international humanitarian law in the course of the five-day conflict and its aftermath. A significant number of violations documented by Human Rights Watch in the report were subsequently lodged before the European Court of Human Rights by RJI in partnership with the Georgian Young Lawyers' Association.