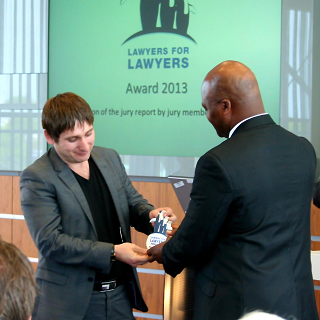 In June 2013 Chechen lawyer Magomed Abubakarov was awarded the Netherlands-based Lawyers for Lawyers Award - L4L. The prize is awarded to a lawyer or group of lawyers who have worked to promote the rule of law and human rights in an exceptional way and have been threatened because of this work. According to Egbert Myjer, who spoke to the recipient on behalf of the jury, the jury decided “unanimously and with pride” to grant the prize to Magamed Abubakarov, in the hope that the award will “encourage him to continue his brave and sorely needed work in a dire and dangerous situation.” 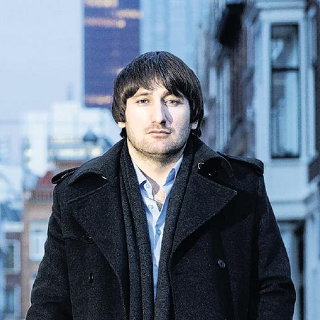 Magomed Abubakarov has been affiliated with “Russian Justice Initiative” since 2005 and has assisted the organization in bringing many challenging cases from Chechnya and Kabardino-Balkaria to the European Court of Human Rights. IIn particular, Magomed defended one of Russia’s most high-profile detainees, Rasul Kudayev, a former Guantanamo Bay inmate and now an invalid, against terrorism charges upon his return to Russia.

In March 2013, L4L organized a letter writing campaign for Abubakarov. Here you can read a few interviews with Magamed in Dutch media (translation by Justitia et Pax).